Ever since I saw this beautiful version of the Helen’s Closet York Pinafore, I knew I wanted to make one for myself. One of my goals this year has been to use some of nicer fabrics in my fabric stash (the ones I have been saving and afraid to cut into) to sew garments. This is a very sheer, float-y rayon and I have wanted to sew something but hadn’t been able to decide which pattern to try.

This weekend the temperature in Connecticut finally dipped below 80 degrees and I decided to take the plunge.

Helen’s version of this longer pinafore used a facing and spaghetti straps instead of bias binding. I originally thought I would do that too but the more I thought about it, the more I thought I could achieve a similar effect by tapering the straps. I ended up piecing the front strap because I decided on this approach after I cut everything out (I had originally thought I would do the spaghetti straps but then changed my mind) but I don’t think the piecing is noticeable and it actually enabled me to get more length out of the relatively small piece of fabric. 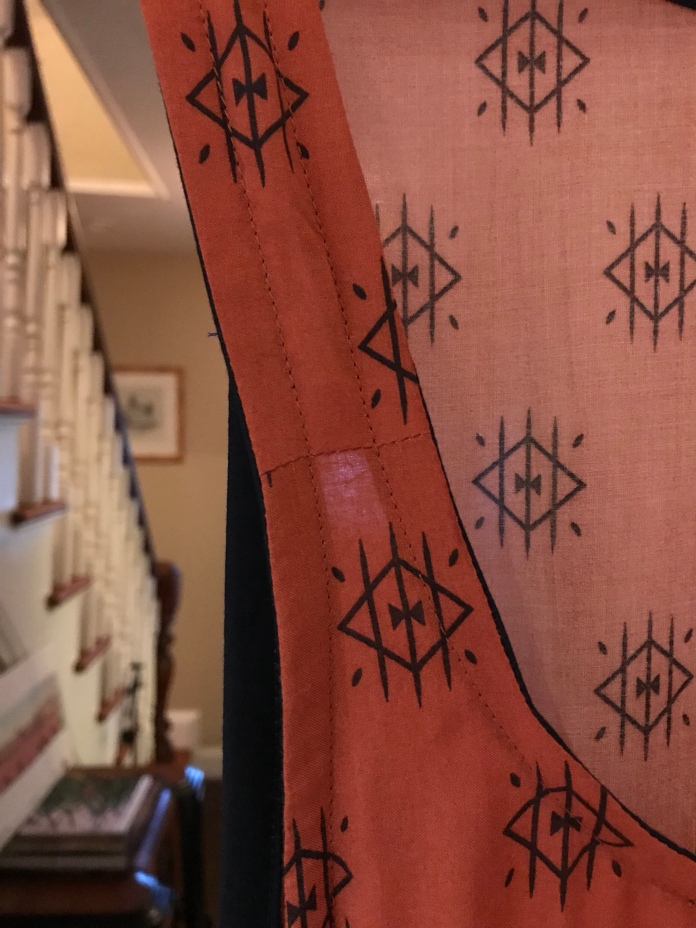 I tapered the straps so that they would be 1.5 inches at the top of the shoulder and used a navy cotton lawn for my bias binding. I feel as though the lawn gives a bit of structure to the strap and is less slippery so that the straps don’t slide off my shoulders. It is total heresy, I know, but I didn’t stay-stitch or under-stitch when I sewed the bias binding. I generally don’t. I try to handle the neck and arm holes very little and I don’t pin the binding on, I just hold it gently in place and sew.  When I iron the folded binding before top-stitching it in place, I just iron the fold into the lawn, not the rayon. Then I fold by hand and use wonder clips to hold it in place before I sew the top seam. You can see pictures of how I do this in my Gemma Tank posts. I spent a lot of time sewing bias binding when I made many Gemmas two summers ago and this approach is pretty quick and gives me good results.

All in all this was a very quick sew. I like how swishy it is (you can see it in action on my Instagram post) and I like it with my white double gauze Gemma

and also with my chambray Gemma, and I actually have a navy lawn Gemma that is almost finished (the source of the scraps I used for the navy lawn bias binding) which I think will also work well.

I may also make or buy an inexpensive navy slip dress to layer under the pinafore which I think would be a nice casual look. I like that this garment works with dressier sandals but also with flip flops, as all the best summer dresses do.

I feel as though I achieved a similar feel to Helen’s floral longer York but preserved the nice armhole shape which is one of my favorite design elements (and good motivation to keep swimming those laps at the pool!)

I cut the back piece a bit longer than the front, not on purpose-it just worked out that way- but I ended up leaving it a bit longer in back because I liked how it turned out. 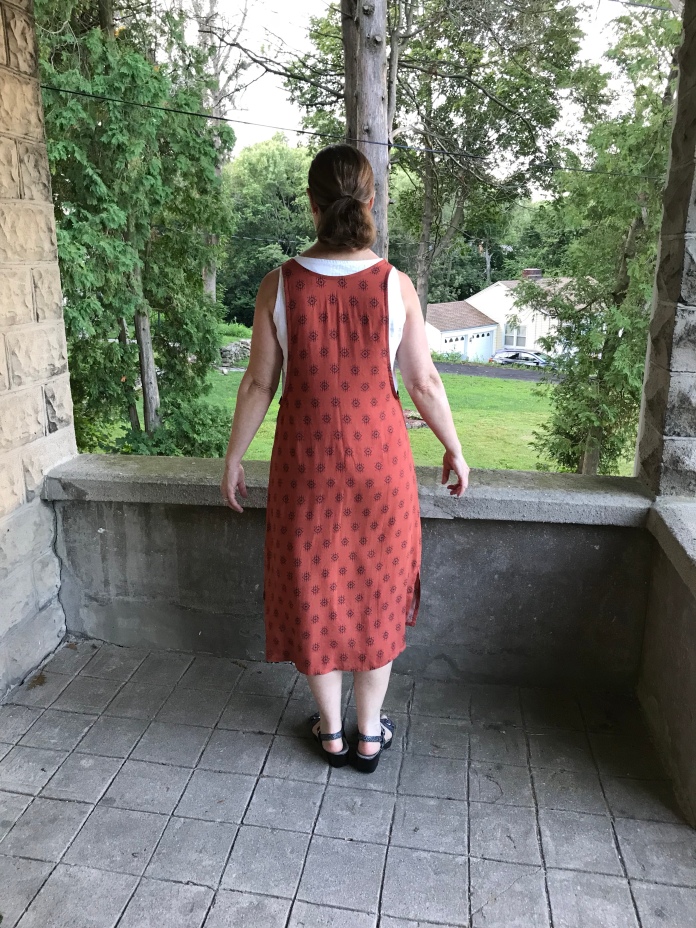 This is my fourth York Pinafore. I have three more cut out. What can I say? When I love a pattern, I love a pattern and this is such a good one. It is all I have been wearing this summer (with my many Gemma tanks). You can see some of the many outfits I have been able to make by searching the hashtag #wearyouryorkday.

Here is a version in Cloud 9 Linen-Cotton canvas print: 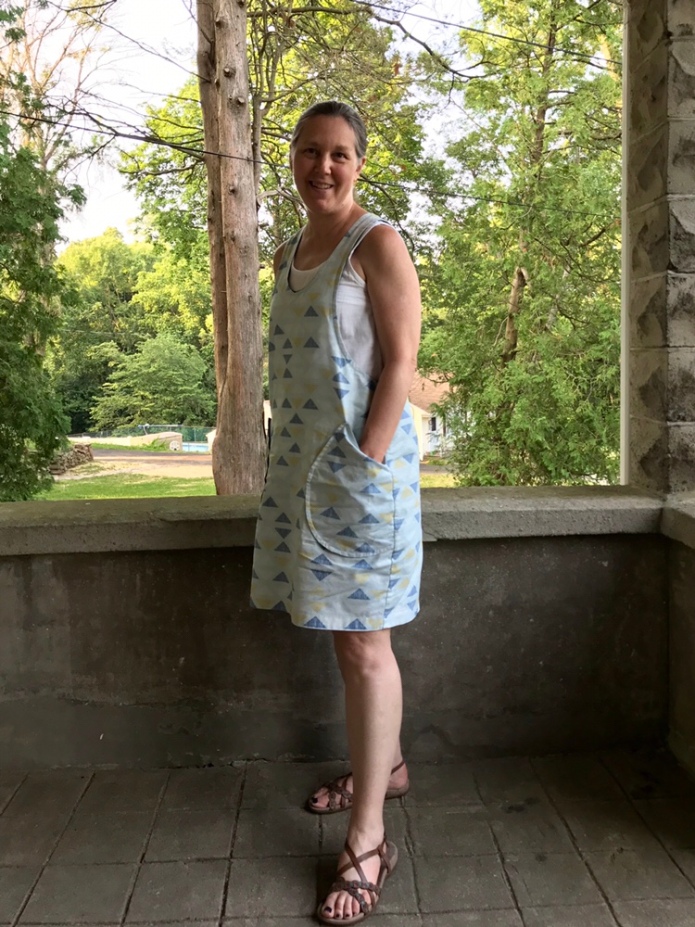 And this incredibly versatile version in Essex Linen which I blogged here:

It goes with everything I own, literally. 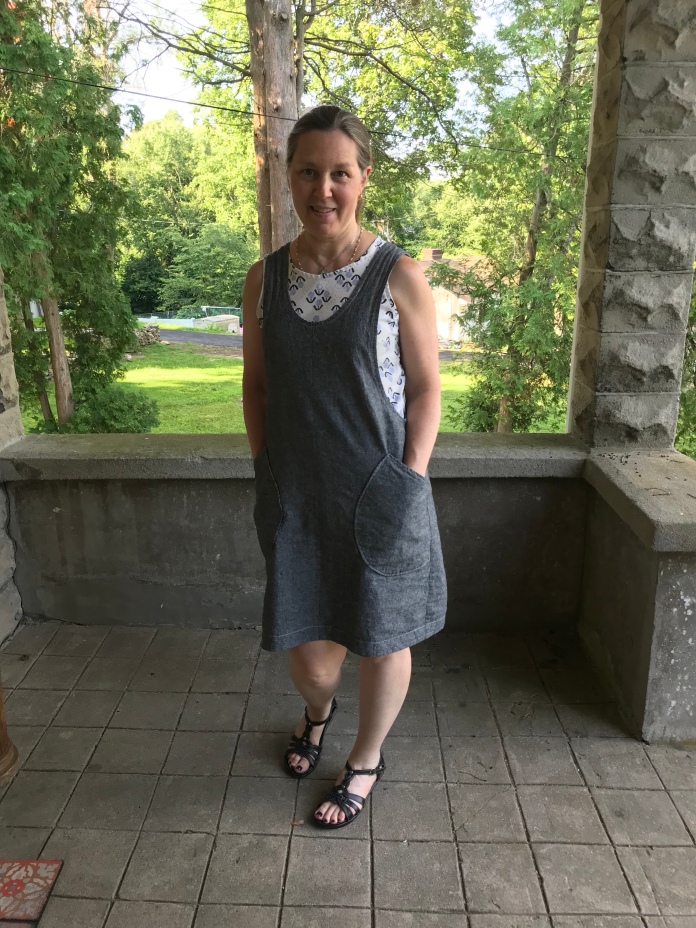 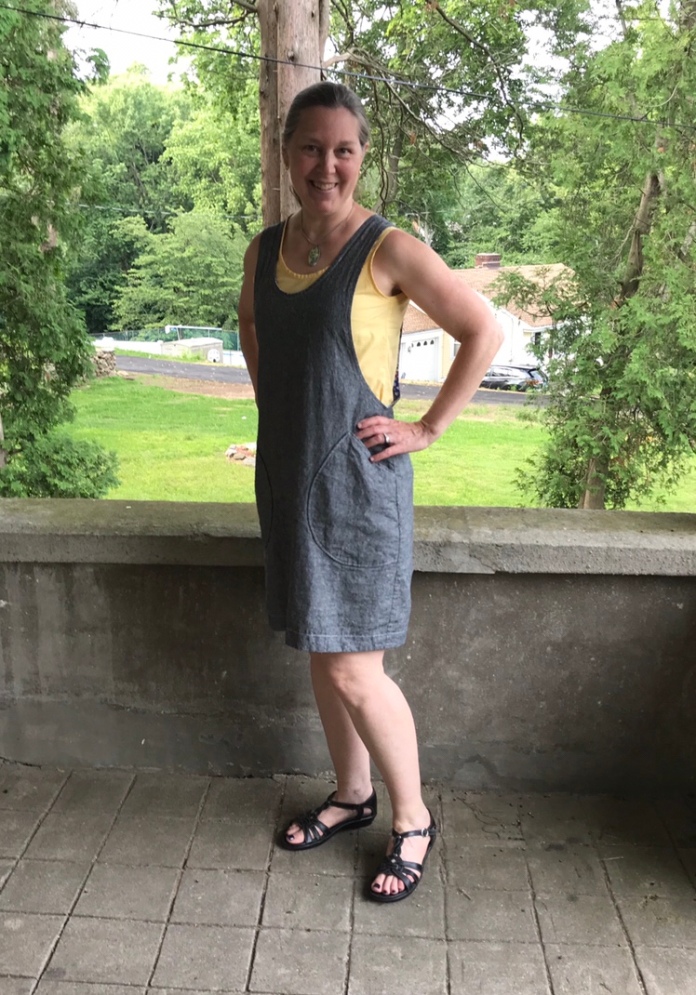 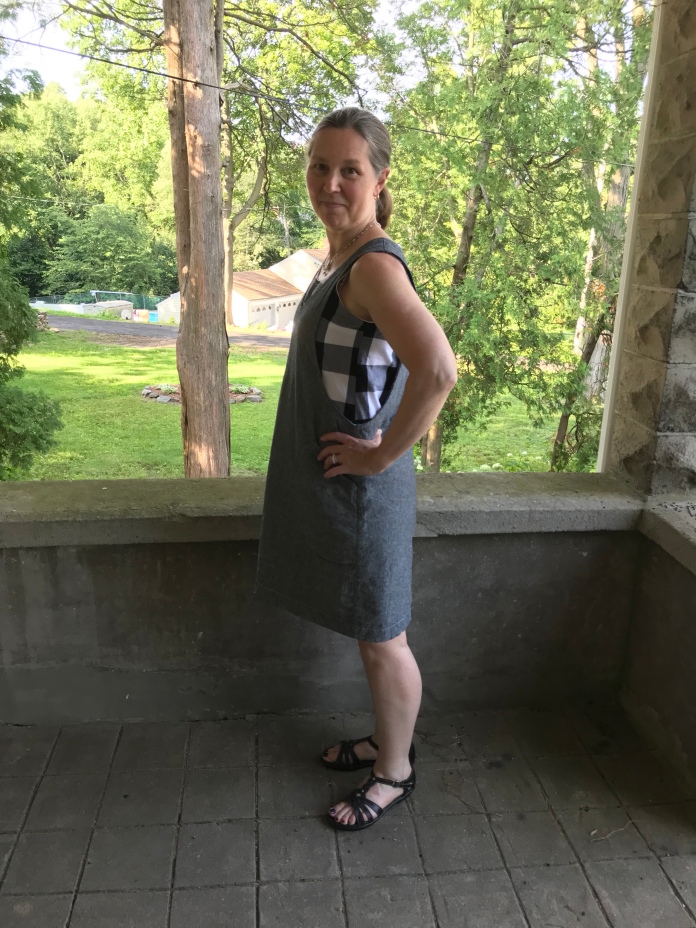 And my original lightweight linen muslin which I love so much:

If you haven’t tried this pattern yet, what are you waiting for? Go forth and sew a linen or cotton or rayon York! You won’t regret it.